The anatomy of a health crisis: One night in little Beijing (aka Gabriola Island)

By Michael - October 02, 2016
The anatomy of a public health crisis: Wood smoke and its hyper local and rapid degradatory effects on air quality on Canada's west coast.
This could be the title of a scientific paper that I am working on. Here are some snapshots from this evening of how one wood stove in a neighbourhood can harm health. It is a graphic example of how localized the effects are and why more distributed monitoring is needed. Of course, it's useless to monitor unless their are penalties for exposing people to such high risk, day after day, year after year.
This time series is from October 2,2016, and it captures snapshots starting at 17:46 and ending at 20:12
Note the good clean air across all six regional PurpleAir sensors initially, and how degraded the Berry Point sensor on Gabriola Island gets. There are real people living near that sensor who are suffering and likely having their lives shortened. 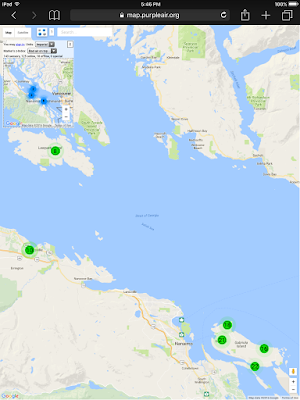 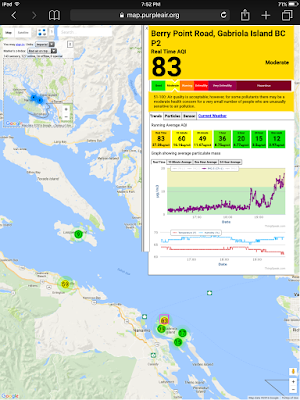 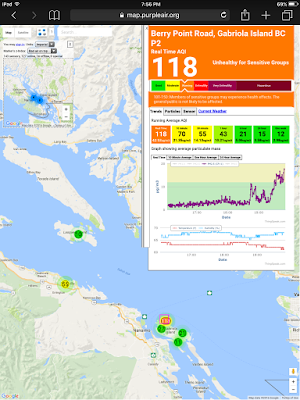 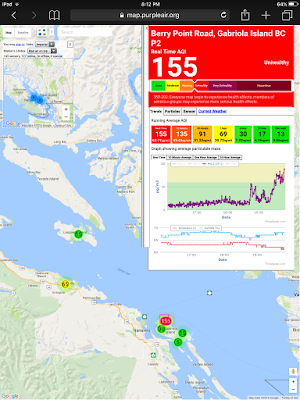